Look, we gave up expecting any awards for timely communication long ago, but this one is ridiculously late.  Anyway, here goes…

Wait, let’s back up a minute.  It’s early December and Sonya’s parents are visiting from the US and we all are in Zurich when Sonya’s mother says she thinks Sonya is putting on a few pounds (yikes!) and asks if she might be pregnant.  After Sonya calms down a bit, I ever so carefully mention that she has gotten a bit more round, but that it happens to be all in one place.  Beer belly?

Back in Basel, Sonya breaks from the office and gets a pregnancy test, takes it at work and viola, it is positive!  Step 2 – she goes to the clinic near her office for a second opinion and bam, confirmed!  Step 3 – we schedule an appointment with the doc that delivered Drake for the first ultrasound.  This is great.  We planned to start trying for a 2nd early this year so all is well.  Fast forward to the appointment just before Christmas, and to the ultrasound.  We expected to see a nice small clump of cells and maybe a heartbeat but were floored when we saw…  A FULLY FORMED BABY!  She was already 15 weeks along!  We got pregnant in September and didn’t know about it.  Why didn’t we know?  Ask Sonya, it involves breast feeding and other girl stuff.

· Way past half way already – due June 4th

Anyway, that is the big news.  The small news is that we continue to enjoy cruising around Europe and living small-town life in Basel.  Drake is almost 15 months old and beyond being hilarious, he is quite the traveler (7 countries already).  Recent trips have included Lugano, Chamonix, Vienna, Zurich, Mallorca and more.  You can find photos here if you are interested: https://skydrive.live.com/?sc=photos&cid=dc7ebd00b8f9309b

Several of you have been wondering why I have been less-than-responsive over the last few months.  Aside from having a new baby, I have been heads down creating a new web presence, marketing engine, blog and user interface design for Transpara.  It was great to get back to my marketing roots with a modern twist.

If you are interested, check them out (and let me know what you think).

Is it only the end of March?  I was just looking through some photos and realized just how much has happened.  Not actually sure we really did this much, but I guess the photos, ticket stubs, and Facebook check-ins prove it.

Yes, we are officially over-stimulating our new son.

Here’s a quick rundown of where we’ve been and what we’ve done:

It wears me out just thinking and writing about it, much less doing it.  That said, I wouldn’t change a thing.

Robert (and Sonya and Drake)

First comes love, then comes marriage (and a world tour), then comes a baby in a baby carriage…

I don’t normally write an end-of-year or holiday post.  Not sure why, but this year is different for many reasons.  The most important is that we’ve just become parents and that always changes your perspective (and it helps that I am up just past sunrise listening to him fart in his sleep), but I’d say the real reason is the sheer amount of change and the volume of activity that took place in 2010.  We’ve been talking about it for a couple of months.  “How did we do all of that in one year?” we say every few days.

Here are some of the highlights:

These are just the major items.  It doesn’t include a bunch of our travel or the many sub-activities within the larger items above.

We went skiing in Whistler and attended our friends’ weddings in both Whistler and Newport, Rhode Island.  Visits to Phoenix, New York, San Francisco, etc.  Road trips through Idaho, Montana, Washington, Oregon and California.  Train trips through the Swiss Alps and to Lucerne.  We created music videos and even composed the wedding soundtrack.  Sonya celebrated her birthday on a plane over Tokyo on our way to Sri Lanka.  Robert celebrated his in Italy.  We made an entirely new set of friends in Basel somehow (if feels like we have barely left the house) and have even had two parties.  The list goes on and on…

WARNING:  Sappy commentary below.  Can’t help it.  Apologies in advance.

I won’t rehash how this went down (there is an entire site dedicated to that), but I do want to say how great it turned out.  We took a big risk and attempted something really unique that could have fallen flat, but it turned out to be one of the most fun, interesting (read: hard) and rewarding adventures we have ever undertaken.  We were able to see over 300 people in 10 cities (we wouldn’t have seen 10% of this if we had a traditional wedding in one place) and we got to visit many our favorite places.  A huge thanks to everyone who turned out and especially those that helped along the way.

If you know us at all, you know that living overseas and international travel have become part of our joint personality.

I personally started out as a stereotypical American who didn’t get a passport until age 26.  I’m now at 45 countries and counting (and Sonya is also over 40 countries).

Moving to Basel has been just as radical as moving to Hong Kong in many ways.  A much smaller city (Hong Kong has roughly the same population of the country of Switzerland), a much slower pace, and a bigger language barrier have all been interesting changes but we love it so far.  Basel has the culture and activity of a much larger city (e.g. our museum pass covers 140 museums in the area) and I look forward to really learning German in 2011.

Two last comments:  First, if you haven’t lived overseas and you get the chance, DO IT.  Visiting in not enough.  It doesn’t really matter where, just that you get a new perspective and engage in another culture.  It is life altering in so many positive ways.  Second, come visit us!  We have a room for you at the Hylton Basel. 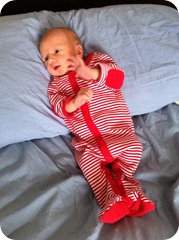 This post has been sappy enough already so I will spare you most of the “becoming a parent has changed my life” garbage (even though it has).  What I really want to do is thank my parents and my wife and say “wow.”

First, my parents.  I just want to get it in print for the world to see that I love you and appreciate everything you did in raising me and making me who I am.  I wish you were a fly on the wall every time I speak about my childhood.  I have nothing bad to say about how I was raised (at all), and I find out with every conversation I have how rare this is.  I hope I am capable of giving my children a similar experience.  Thank you.

Second, my wife Sonya.  If you know her well, (as I do) you probably were shocked to find out she was pregnant.  You might have wondered how she could possibly go through labor and childbirth given her dramatic intolerance of pain [her reaction to stubbing her toe on a bedpost conjures images of a scene in a war film (“go on without me” or “save yourself”)].  And things that cause her to lose sleep – yikes.  I wondered the same.  In fact, I was more nervous about her experience than I was about becoming a parent (mostly because the latter was impossible to predict).

Let me just say how blown away I have been by her ability to step up to the task of parenthood.  Her labor was mild compared to most, but she handled it like a champ.  I was really expecting a sitcom-like experience with her cursing at me and screaming, but even before the epidural she was cool as could be and handled it like a rock star.  Breastfeeding has been better than expected but still difficult and she again has handled it like a seasoned veteran.  Simply, she has become a bit of a hero to me.  Sonya, I love you.

Stop already, would you

OK, enough sentimental garbage.  Let’s get on to 2011 and kick some serious arsch.  It is going to be busy, busy, busy but hopefully very rewarding.  Exploring Europe, growing two companies, learning German and becoming an expert parent.  Sounds simple.

No time to write much as I am busy parenting.  What?  Yes.  Parents.  The crazy travel-junkie couple known as Robert Hylton and Sonya Zilka have reproduced in the form of a stunning baby boy named Drake Nicholas Hylton.

Born November 28th, 2010 at 6:08am at the University Hospital in Basel, Switzerland.

Back to parenting – here are the photos – will write more soon (I hope).

My parents just booked their flights from Arizona to come and see our growing little family (little unnamed Hylton is due on December 11th).  Great news!

As they usually do, they sent me their itinerary by email.  They got a great deal on the flights at less than $800 per person.  All good.

Here’s the interesting part…  the itinerary listed in detail all of the various fees and taxes paid with the ticket.  First, I’m amazed they can fly someone across the world for $297.00, and b) I like the transparency (though it scares me in this case).  I haven’t seen this before and I was a bit shocked so I thought I would share.

Am I the only one who has been out of the loop on how crazy this fair-to-fee ratio is?

Sonya loves a great zoo, and for a small city Basel has a very good one.  Here are a few highlights from our last visit…

Just a quick post to share photos of our recent trip into the alps.  Hopefully the first of many…

Here’s a quick link to the slide show as well: 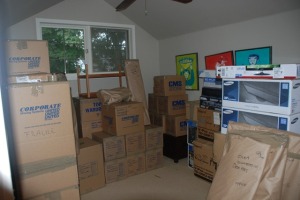 Just a quick note for the moment.  We’ve moved to Basel, Switzerland and with any luck I will start writing again.  Look for more here and on the Spokanites Blog.

It’s been a crazy few months since the global wedding extravaganza, but hopefully things will settle down and I can get back into it.

Lot’s to tell for sure.  Stay tuned…

Just testing my skills at WordPress for now.  This is just a test post for fun.  Enjoy!